The most effective tool in a manager’s toolkit for dealing with poor performance is coaching. Not screaming at them from the stands and withholding rewards but working with them down on the pitch to find out what’s causing the problem and building their fitness and stamina like the corporate athletes they should be.

The study of how we interact with one another in society is called Transactional Analysis. This research has broken down the complexities of the hundreds of interactions that we have every day into a simple model.

In principle there are three modes we can adopt in any transaction that we participate in with another human being. We can choose to be Adult which is a non-judgmental, constructive approach. We can choose to play the role of a Critical Parent which involves being highly scathing and negative or we can choose to take the role of child. There are a few variations on the child role but the simplest is the submissive, fearful role a bit like catching a rabbit in your headlights.

It goes without saying that the most progress in any transaction is going to made if both parties adopt an Adult role. Parent to Parent transactions tend to be about how good things would be without the others.

It is a common phrase used to describe everyone from a small schoolchild to old-age pensioners; he or she just has “the wrong attitude”. Unfortunately, telling someone this is never going to make a difference. It will always get the reaction “I don’t think there’s anything wrong with my attitude.” and, if there’s nothing wrong, why fix it?

To communicate your feelings better it may be worth breaking down what “Wrong Attitude” actually means in each case. This is because it acts as a sort of umbrella phrase to cover a wide range of behaviors. It is also a very aggressive criticism and can be very hurtful to hear; causing a defensive reaction.

Child to Child transactions tend to be about having fun and let’s not bother with work. Practical jokes, for example work at the child level in transactional analysis and are harmless as long as they are infrequent and risk-free.

Coaching should always be conducted on an Adult to Adult basis if a change in behavior is to be brought about. Adopting a Critical parent approach will bring out the Child in anybody and is more likely to reveal displacement behavior “It’s not my fault”, “What about the others?”

With effective coaching each individual should be encouraged to identify their weaknesses and to implement an improvement plan for their self-development. The coach can help along the way by introducing the person to good role models, by making development opportunities available and by helping to monitor progress on a regular basis.

Poor performers don’t have to stay that way. They can pretty quickly get themselves into the recognition league by concentrating on the issues that really matter and proving that they have the will to excel.

Ravinder Tulsiani is a dynamic speaker, adviser, trainer and facilitator. He is a recognized authority in Performance Management and Leadership Strategy and the author of the #1 Bestselling book "Your Leadership Edge".
View all posts by Ravinder Tulsiani → 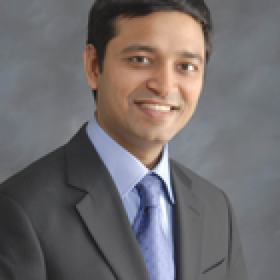